Our four Yorkshire wind farms not only generate substantial amounts of clean green electricity, but also tangible financial benefits for the communities in which they’re based. 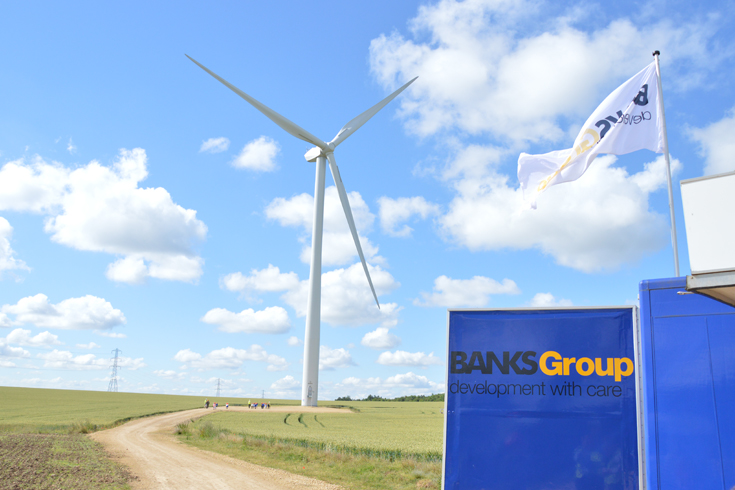 Pictured above: Banks Renewables' Hook Moor wind farm to the east of Leeds

New figures have revealed that the four wind farms in Yorkshire that are owned and operated by renewable energy firm Banks Renewables generated enough electricity last year to meet the annual power needs of more than 31,500 homes.

And the business is now planning to deploy further renewable energy technologies within the county with new projects which it hopes to be able to progress in the coming months.

The six-turbine Penny Hill wind farm led the way by generating 35,950 MWh during 2019, with the five-turbine Hook Moor scheme producing 25,350 MWh in the same 12 months.

The four wind farms also generated around £45,000 in total for their respective community benefits funds during 2019, which each provide financial support for capital projects being undertaken by groups and good causes in their respective local communities.

Banks Renewables is one of the leading owner/operators in the UK’s onshore wind sector and has a total of eight operational sites across northern England, with a further two in Scotland and plans for more to follow.

Richard Dunkley, managing director at Banks Renewables, says: “Our four Yorkshire wind farms have been performing well for many years and continue to not only generate substantial amounts of clean green electricity, but also tangible financial benefits for the communities in which they’re based.

“We’re currently working on a number of innovative renewable energy projects in Yorkshire, including solar energy and battery storage schemes, which will further increase the county’s contribution towards the UK’s ‘net zero’ goals and look forward to working with local communities and authorities as we bring them forward.

“Using the widest possible range of renewable energy generation technologies will allow the UK to decarbonise its power supply and achieve its climate change targets more quickly, while also benefiting British consumers through lower energy prices, and we think there’s a lot more to be done to make this happen.”

Our four Yorkshire wind farms not only generate substantial amounts of clean green electricity, but also tangible financial benefits for the communities in which they’re based.